In this guide, we will demonstrate how to install Git on a CentOS 7 server. We will cover how to install the software in a couple of different ways, each with their own benefits, along with how to set up Git so that you can begin collaborating right away.

Before you begin with this guide, there are a few steps that need to be completed first.

You will need a CentOS 7 server installed and configured with a non-root user that has sudoprivileges.

Once you have your non-root user, you can use it to SSH into your CentOS server and continue with the installation of Git.

The two most common ways to install Git will be described in this section. Each option has their own advantages and disadvantages, and the choice you make will depend on your own needs. For example, users who want to maintain updates to the Git software will likely want to use yum to install Git, while users who need features presented by a specific version of Git will want to build that version from source.

The easiest way to install Git and have it ready to use is to use CentOS’s default repositories. This is the fastest method, but the Git version that is installed this way may be older than the newest version available. If you need the latest release, consider compiling git from source (the steps for this method can be found further down this tutorial).

Use yum, CentOS’s native package manager, to search for and install the latest git package available in CentOS’s repositories:

If the command completes without error, you will have git downloaded and installed. To double-check that it is working correctly, try running Git’s built-in version check:

If that check produced a Git version number, then you can now move on to Setting up Git, found further down this article.

2. Install Git on CentOS With another Repo

To install latest Git in CentOS you will need to enable GIT repository in CentOS. First, create a new file inside /etc/yum.repos.d/ directory using following command. Then copy the lines given below the command.

Copy below lines inside above created file.

Now save and exit the editory typing CTRL+X then typing ‘Y’.

Confirm the installation and check the version executing the following command

The output should be:

The first thing that you might want to do after the installation is to configure your name and email address in Git so the changes you commit contain the correct information. You can do that by using the following commands:

To verify that you entered the correct information you can use the command below:

The output should be similar to the following one:

For more information and command line options you can use the --help flag.

It will list the most commonly used Git commands.

You can also refer to the Git documentation which is available here. 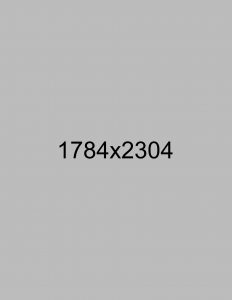